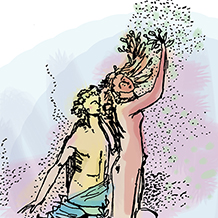 The Emma Press has launched a call for submissions of poems about ‘urban myths and legends’, for a new anthology inspired by Ovid’s Metamorphoses.

Poets are encouraged to send in poems which tell new stories and include some kind of transformation, as a nod to the original text. The anthology will be edited by Rachel Piercey (Newdigate Prize 2008) and publisher Emma Wright, and is due to be published in November 2015.

Urban Myths and Legends will be the third in the ‘Emma Press Ovid’, a series of anthologies loosely themed around works by the Roman poet Ovid. The first was A Poetic Primer for Love and Seduction, inspired by the Ars Amatoria and Remedia Amoris and published in January 2014, and the second was Homesickness and Exile, inspired by the Tristia and published in September 2014. 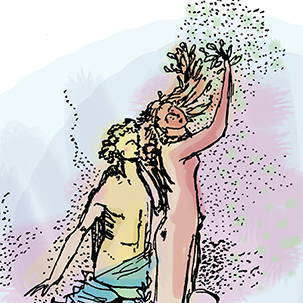 Publisher Emma Wright said: ‘The Metamorphoses is often considered to be Ovid’s masterpiece, so we’re expecting a big response to this call. The requirements are quite exacting, but I think poets like a challenge and will hopefully come up with some brilliant stories.’

The deadline for submissions is Wednesday 31st December at 00.00 GMT and everyone must be a member of the Emma Press Club, which involves buying a book or ebook or set of postcards from the publisher’s website. Full details of the submissions guidelines can be found on the Submissions page.