The Flower and the Plough 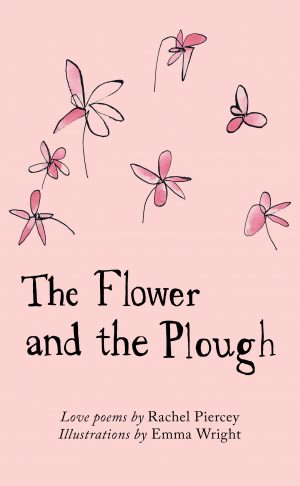 A charming collection of love poems by Rachel Piercey, executed with her characteristic emotional and linguistic clarity. Romantic but never sentimental, Piercey builds up a nuanced study of passion and heartbreak over these twelve poems, capturing everything from the extravagant surrender of early love to the raw ache and misery that can follow.

The title comes from a love poem by the Roman poet Catullus, which is also the inspiration for one of the poems in the collection. Catullus played an important role in the creation of this book, as the author and illustrator first became friends when studying his poems in Latin class at school. You can read some sample poems over on the blog: Bonfire and a video for Symbiosis.

‘Piercey’s oscillations between lover’s ecstasy and love poet’s objectivity are so deft that her analytical lens becomes as much a fascination as the amorous perspective which it focuses.‘ – Oxonian Review

‘ […] wry and sparky and filled with wonderful turns and jumps’ – LiteratureWorks

Rachel Piercey is a former editor at The Cadaverine magazine and a current editor at the Emma Press. She studied English Literature at St Hugh’s College, Oxford, where she won the Newdigate Prize in 2008. Her poems have appeared in various journals and magazines including Magma, Butcher’s Dog and The Rialto. The Flower and the Plough is her first pamphlet; her second, Rivers Wanted (2014), is also published by the Emma Press.