The Emma Press publishes Poetry Anthology about Homesickness and Exile

The Emma Press has just published a sumptuous anthology of poems about homesickness and exile, inspired by the Roman poet Ovid’s Tristia.

Homesickness and Exile, published on 18th September 2014, is a collection of poems about leaving and finding home, from the perspective of those who leave as well as those left behind. Many of the poems consider the difficulty of identifying a ‘home’ within various conflicting signifiers, including where you were born, where your parents are from, where you grew up and where you live now. The book was edited by Rachel Piercey and Emma Wright and it includes illustrations and an introduction by Emma Wright. 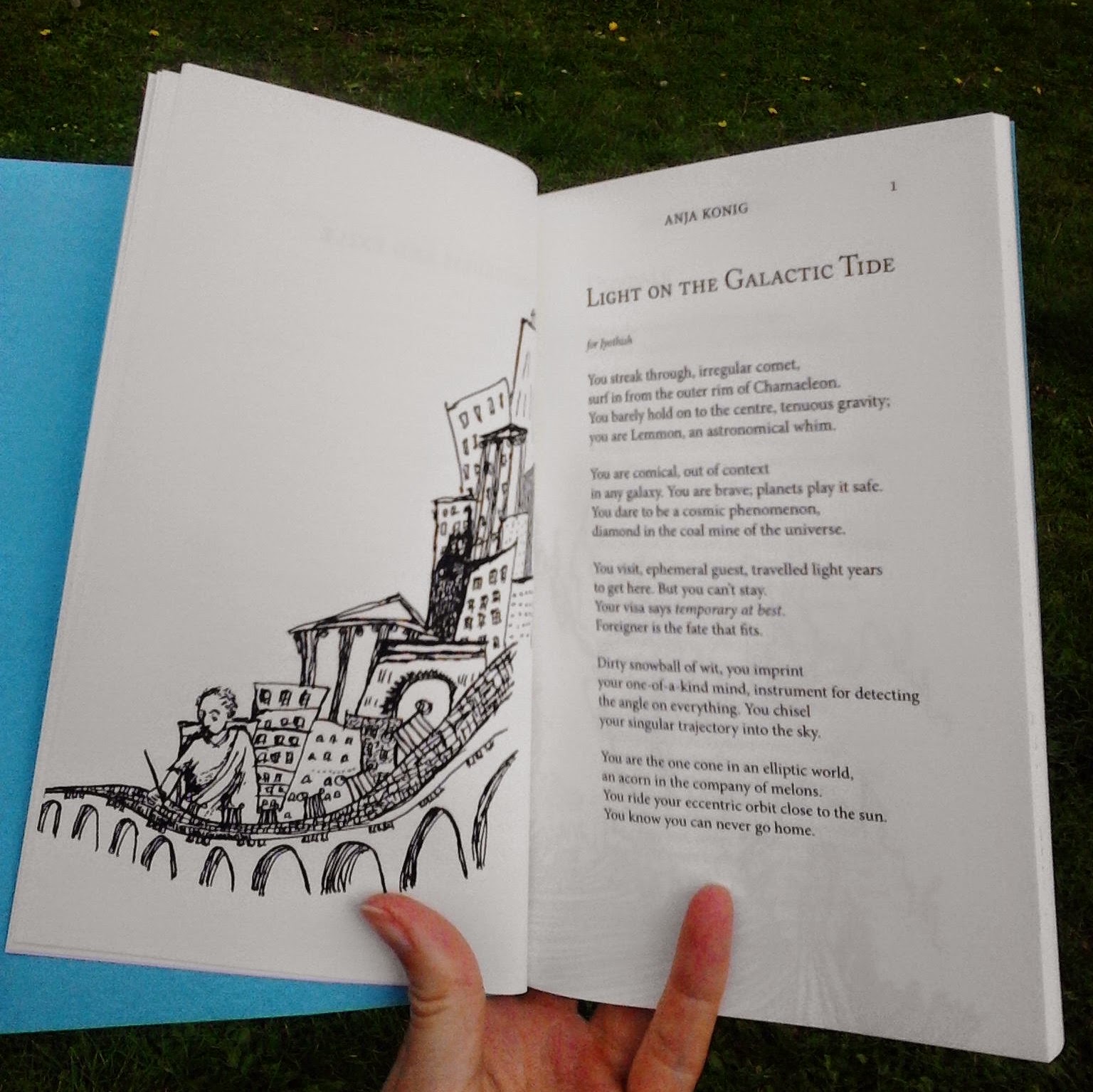 Inside ‘Homesickness and Exile’

Publisher Emma Wright said: ‘The idea for the anthology came from the Tristia, a set of poems written by the Roman poet Ovid after he was banished from Rome by the emperor Augustus. We wanted to create a book which reflected modern feelings about homesickness, drawing parallels between an ancient Roman man yearning for his home two thousand years ago and people writing about the idea of home today.’

The poems in Homesickness and Exile were selected from the poems sent in response to an open call for submissions at the end of 2013, which resulted over 200 entries. The final selection features twenty-eight poets from across the world, including Dubai, Greece, America, Australia and New Zealand.

Publisher Emma Wright said: ‘We were thrilled with the response we had to our call for submissions, as it confirmed that the subject matter struck a deep chord with people and it meant we were able to select poems with a wide range of approaches and perspectives. We wanted to make the kind of book which people could give to imminent travellers, to keep them company on the road.’

Four poets from Homesickness and Exile will be reading at a special National Poetry Day event at the Story Museum in Oxford on Thursday 2nd October. Holly Hopkins, Selina Nwulu, Stephen Sexton and Anja Konig will perform their poems from the anthology as well as others on the theme of ‘Rembembering Home’. For more details, please visit the Story Museum website.

Read more about Homesickness and Exile here. You can buy the printed book and the ebook over on our webshop.