The Emma Press has launched an anthology of poems about slow things, edited by Rachel Piercey and Emma Wright. The aptly-named Slow Things contains poems about everything from slow creatures (sloths), slow processes (cleaning teapots) and slow treats (parkin). 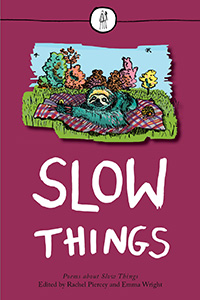 Slow Things, published on 23rd July 2015, features poems from 31 poets, including Alison Brackenbury (winner of the 1997 Cholmondeley Award), Geraldine Clarkson (winner of the 2015 Poetry London Competition) and George David Clark (winner of the 2015 Miller Williams Prize). The Emma Press celebrated the publication of Slow Things with a launch party at Rambert HQ in London on 21st July, with readings from some of the featured poets.

Publisher Emma Wright said: ‘We wanted to create a book full of moments and descriptions which the reader could sink into. Poetry already requires a certain amount of concentration and deceleration from readers, so Slow Things is a natural extension of this.’ 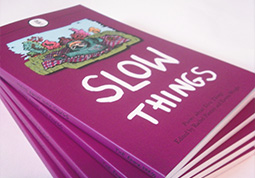