The Emma Press is publishing a book of poems about Birmingham this week. The anthology, titled This Is Not Your Final Form, will be launched at Waterstones Birmingham on Saturday 18th February, 11am-1pm.

This Is Not Your Final Form is edited by Richard O’Brien and Emma Wright and features poems from 33 poets – including 3 children. The award-winning publisher produced the anthology in association with Verve Poetry Festival, with the editors selecting the poems for the book from the entries to the festival’s poetry competition. The book includes the four winning poems chosen by competition judge Hannah Silva. 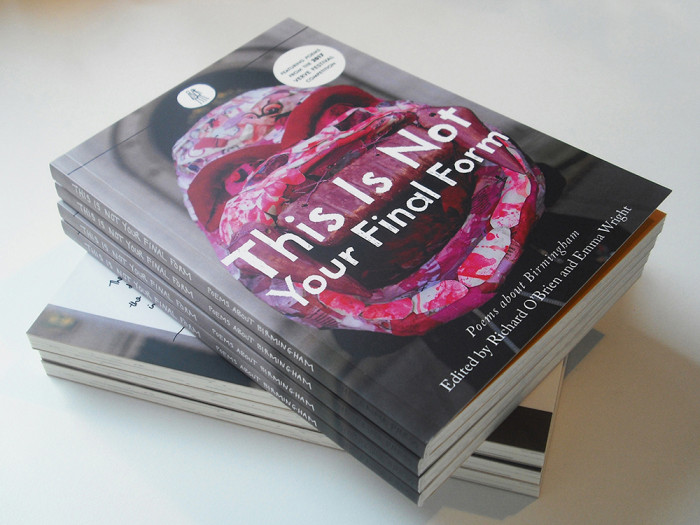 Emma Wright said: ‘It’s been a pleasure to be part of Verve from the beginning. The festival is a celebration of Birmingham’s rich poetry scene, so it felt only fitting that there should be a book to go with it. We were overwhelmed by the quality of the submissions and we’re very proud with the anthology we’ve been able to put together.’

The book includes 6 illustrations by Emma Wright and the cover features a striking photograph of the head of the 7ft pink gorilla sculpture created in 2016 by Birmingham Originals, a team of local makers who sell items on Etsy. The people of Birmingham were then invited to help with the pinkification of the gorilla at the City of Colours festival. The sculpture pays homage to the famous King Kong statue by Nicholas Monro, which stood in Birmingham in the 1970s. The photo was taken by Lee Allen Photography.