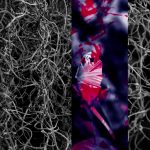 The anthology will examine traditional as well as modern ideas and attitudes about the Gothic. The submissions guidelines explain:

‘You might want to engage in an informed way with historical settings and gothic literary forebears, or you might find serious or playful ways to bring gothic ideas into the 21st century and beyond. We’d like to see it all. But don’t just replicate the past and its problems – if you want to engage with the history of the genre, we’re sure you can find new ways of talking back to it, or through it.’ 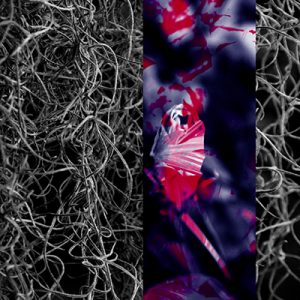 Nisha Bhakoo is a British poet and editor, living in Berlin. She is currently working on a PhD on the Uncanny within contemporary poetry at Humboldt University. Her poems, which explore gothic ideas, have been published in literary magazines internationally. She has also made poetry films that have been exhibited in the UK and Germany. Her first poetry collection, You found a beating heart, was published by The Onslaught Press in 2016. Her second poetry collection, Black and White Dream, will be published in autumn 2018 by Broken Sleep Press.

Charlotte Geater is a poet and editor based in London, UK. She has a PhD in Creative Writing from the University of Kent. She edits children’s poetry and fiction for the Emma Press, and poetry for adults too. Her own writing has been published by Queen Mob’s Teahouse, Galley Beggar Press, Strange Horizons and in The Best British Poetry 2013.

‘I want to see daring and distinctive poems that engage with the gothic theme in strange and unusual ways, whether it be subtly or explicitly. I’m especially interested in seeing striking poems that bring the gothic to a present-day setting, and engage with gothic themes in contemporary life. I’m eager to see evasive and slippery poems, that ask to be read over and over again.’

‘I’m looking for poems which aren’t afraid to experiment with what the gothic means, and what it means for different people. I would love to see poems that conjure a feminist or queer gothic, or poems about gothic monsters or figures speaking back. I also have a real craving for poems in which the past haunts the present – or even the future!’