The Emma Press will publish the second picture book by award-winning Latvian author Rūta Briede, with illustrations by Elīna Brasliņa.

The Dog Who Found Sorrow will be published on 22nd November 2018 at £10.00 (hardback). Publisher Emma Wright acquired English language rights in the UK and Ireland from Alīse Nīgale at liels un mazs, Riga.

The book tells the story of a dog who, waking to find his hometown covered in thick black clouds, goes out in search of the source of sorrow. It tackles serious topics such as depression and healing, urban living and pollution, with gentle fantasy storytelling, beautiful artwork, and an uplifting ending.

The Emma Press is working with the Reading Agency to run a Chatterbooks Read and Review promotion with libraries and children’s book groups next month.

Both authors are immensely respected in Latvia: they received the International Jānis Baltvilks Award in Children’s Literature and Book Art in 2017, and Rūta Briede is widely credited with having made the Latvian illustration scene a significant international player. Rūta Briede teaches at the Art Academy of Latvia and her first picture book, Queen of Seagulls, received international acclaim.

Elīna Brasliņa is one of the leading children’s illustrators in Latvia and has illustrated more than twenty titles, including Moon Juice by Kate Wakeling, which was her international debut and won the 2017 CLiPPA, the Centre for Literacy in Primary Education’s award for children’s poetry books.

The translation and publication is funded by the Latvian Writers Union’s three-year program “Support for Foreign Publishers Publishing Latvian Literature”.

For further information about the book, including events and ordering copies, please contact Philippa Barker: philippa@theemmapress.com

The Dog Who Found Sorrow 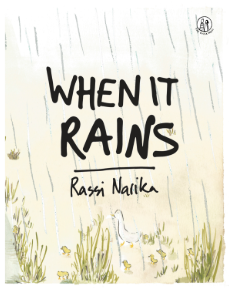