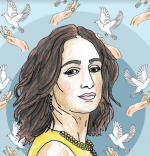 A new book celebrating 30 inspirational Birmingham women has been brought to life by a stunning collection of portraits created by an all-female team of illustrators.

Once Upon A Time In Birmingham: Women Who Dared To Dream is being published as part of Birmingham City Council’s campaign to mark the centenary of women’s right to vote. Aimed at pupils aged 11 to 16, the hardback book recounts the compelling stories of female pioneers from all walks of life and is designed to inspire the next generation of children and young people to fulfil their ambitions. 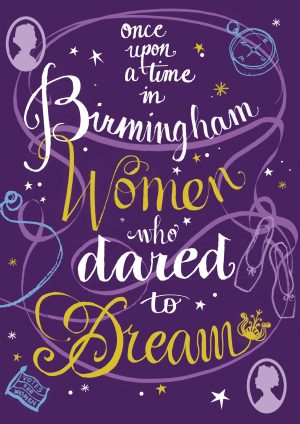 The story of each of the women who “dared to dream” is accompanied by a specially commissioned portrait, created by a team of seven female artists with strong links to Birmingham, either through work, education or living in the city. The illustrators have taken distinct approaches to their subjects and they include a quartet of visual communications graduates from Birmingham City University (BCU).

The team behind Once Upon A Time In Birmingham… are keen for the book to stand apart from traditional local history publications with an engaging, storybook approach, including a vibrant package of artwork to make the personalities and their achievements leap from the page.

We want the book to be a beautiful keepsake to both entertain and inspire young people and we are delighted with the vibrant mix of illustrations.

The portraits provide great insights on some familiar and unfamiliar faces who have fought for positive change in diverse areas of life. The fact four of the illustrators were trained at BCU further underlines the strength of the city’s creative industries.

The artists who studied at BCU are Yasmin Bryan, Saadia Hipkiss, Chein Shyan Lee and Farah Osseili. Their fellow contributors are Jan Bowman, who lived and worked in Birmingham for 25 years; Amy Evans, who fell in love with Birmingham while living on a canal boat in the city; and Birmingham-based freelance illustrator Michelle Turton.

Birmingham has a long history of producing talented and influential women which spans back generations, and in the centenary of women’s suffrage it is only right that we celebrate this fact.

It is fantastic to see the stories of these inspirational women immortalised in print, and everyone at the University is delighted that our own group of talented female graduates have been able to contribute to the project with these beautiful illustrations.

Once Upon A Time In Birmingham… has been commissioned by the city council produced in conjunction with female-run city publisher The Emma Press, author Louise Palfreyman and Writing West Midlands.

The full list of the 30 outstanding women will be unveiled when the book is launched during Birmingham Literature Festival at The REP’s Studio Theatre at 2pm on Saturday, 13 October.

Tickets for the book launch are £3 (redeemable against book purchase) and can be booked via the Birmingham Literature Festival’s website – www.birminghamliteraturefestival.org.

The book is available for pre-order through the Emma Press as well as in bookshops and online. 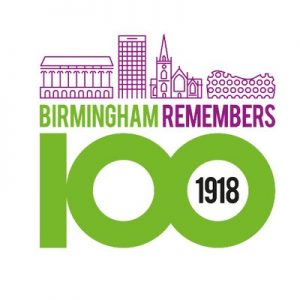