The Emma Press has announced plans to launch a call for picture book proposals from writers – including those who illustrate their own work – in 2019. The independent publisher, which is based in the Jewellery Quarter in Birmingham, will be looking for manuscripts for picture books for children with potential for crossover appeal.

Writers will be invited to send in full manuscripts for the first round of submissions. All finished picture books will be 32 pages long, including front-matter and end-matter. The editorial team reading the submissions will consist of Yen-Yen Lu, Charlotte Geater, Emma Wright, Richard O’Brien and Philippa Barker. Successful proposals will be matched with illustrators.

The editors are particularly keen to see picture book manuscripts from authors who are underrepresented in publishing. They are keen to see submissions from BAME writers, from writers with immigrant backgrounds, from LGBTQ+ writers, and from disabled writers. They are seeking new stories, and fresh perspectives on the world for a curious, contemporary readership.

‘Picture books are a vital part of childhood. They are where we start to learn about ourselves and the world around us, and about the possibilities of literature, art and the imagination. There is still so much work to be done to make the world of picture books an inclusive, welcoming place where children can see themselves and also learn about others. I am looking forward to building an exciting, outward-looking list for children of all backgrounds.’ 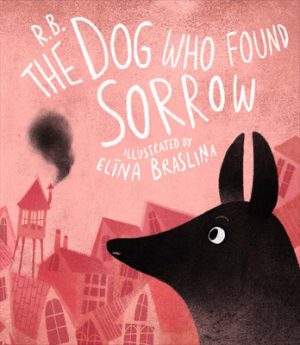 The Emma Press’s newest picture book is The Dog Who Found Sorrow, publishing at the end of this month. It is written by Rūta Briede and illustrated by Elīna Brasliņa, who were both award winners at the 2017 International Jānis Baltvilks Awards in Children’s Literature and Book Art. It is translated from the Latvian by Brasliņa.

The Emma Press celebrated its fifth anniversary in 2018, and they won the Michael Marks Award for poetry pamphlet publishers in 2016. They have published a number of illustrated poetry books, including many for children, and they launched their picture books list in early 2018 with Rūta Briede’s award-winning book Queen of Seagulls. 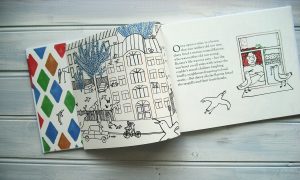 In 2019, alongside their call for picture book manuscripts, the press is launching Bicki-Books, a series of bijou poetry picture books, which each feature a classic Latvian poem translated into English. Every book is fully illustrated by a top Latvian illustrator. The series is art-directed by Rūta Briede.

This will be their first open call for original picture books written in English.

Check out our children’s books in our webshop to see the kind of thing we publish – shop now.