CLiPPA award-winning publisher The Emma Press is publishing their first children’s chapter book, The Girl Who Learned All the Languages of the World, written by acclaimed Latvian author Ieva Flamingo. The translation and production of the book was supported by a grant from the Latvian Writers Union and the Republic of Latvia’s Ministry of Culture. 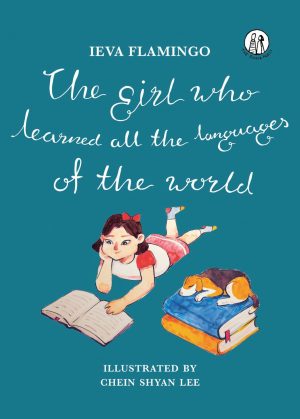 The Girl Who Learned All the Languages of the World is perfect for middle-grade pupils at the point where they start learning new languages. Its tale of whimsical fantasy adventure emphasises both the joys of language learning and the ways in which learning to speak more languages allow us to connect with and understand more people in the world around us.

Embedded within the story are translations of many words into ten other languages. These translations are presented clearly, as protagonist Lela writes them down, to encourage children to try learning them as the first step in their language journey! Translated words and phrases include Mum, Dad, and Ice-Cream, and featured languages include French, Spanish, Latvian, and Russian.

The Girl Who Learned All the Languages of the World is a timely and optimistic book, presenting a cheerful, fantastical argument against xenophobia in the contemporary political climate.

Editor Charlotte Geater said: “It was wonderful to work on Ieva’s book about how learning new languages is an adventure, as well as a crucial part of getting to know the people and the world around us! The Emma Press is dedicated to collaborating with authors, illustrators and publishers from around the world – and this book is at the heart of our mission.”

Flamingo (real name Ieva Samauska) has published 23 books, of poems, stories, fairy tales with various different publishers in Latvia. She won the Pastariņš Prize for Latvian Children’s Literature in 2015 and her books have been nominated for the International Jānis Baltvilks Baltic Sea Region Award several times. 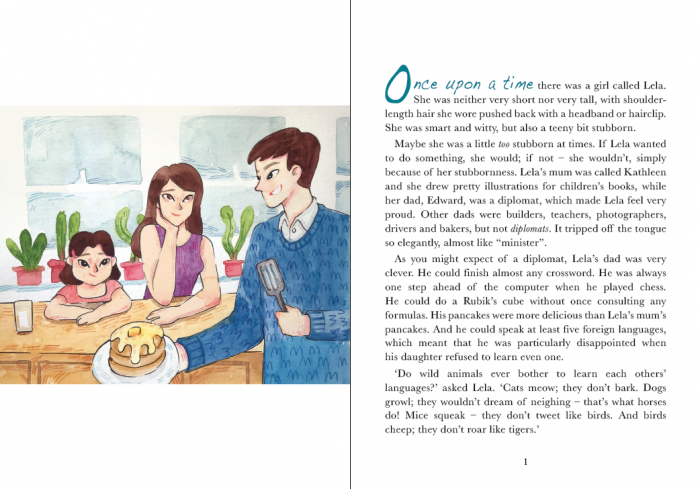 The book features newly-commissioned illustrations throughout by Malaysia-based illustrator Chein Shyan Lee, who is a recent graduate of Birmingham City University. She has previously worked with the press providing illustrations for Once Upon a Time in Birmingham: Women Who Dared to Dream, along with a handful of other talented early-career illustrators from the city.

Emma Press founder Emma Wright said: “It was a delight to work with Chein again – her artwork is a perfect fit for this story, which is full of magic, whimsy, and warmth.’

The Girl Who Learned All the Languages of the World is a children’s book suitable for reading to children aged 5+, and suitable for children aged 8+ to read on their own. Like all Emma Press children’s titles, it comes with six pages of supplementary materials giving young readers prompts and tips to start writing their own stories.

Translated from the Latvian by Žanete Vēvere Pasqualini, the book was originally published as Meitene, kura mācēja visas pasaules valodas by leading Latvian children’s publisher Pētergailis. Flamingo’s previous book in English was the children’s poetry collection The Noisy Classroom, published by The Emma Press in 2017.

Tags: children's books, The Girl Who Learned All The Languages Of The World, translations