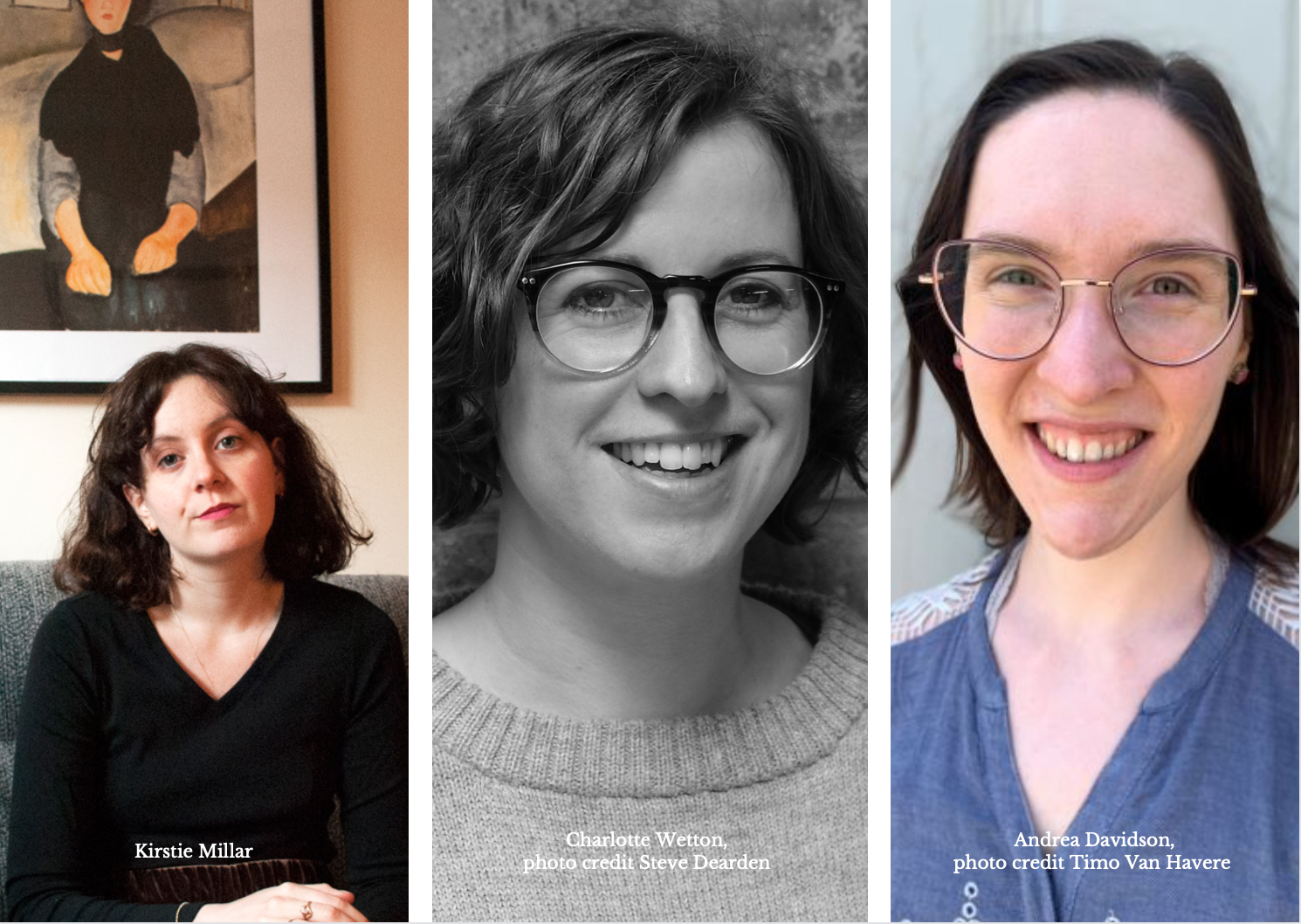 The Emma Press has acquired three new poetry pamphlets submitted unagented to the press during its September 2021 call for submissions.

The collections touch on themes of love and language, creativity, abusive medical systems weighted against marginalised genders, archives and cultural memory. Consistent across the collections are a surreal and imaginative approach to telling complex stories.

In Kirstie Millar’s series of extended narrative prose poems The Strange Egg,  a woman painfully gives birth, month after month, to a strange egg.  As the woman waits for aid from her doctor, she begins to have strange premonitions of what will be done to her body. The egg, meanwhile, is watchful and demanding. Impatient. As gorgeous as it is horrifying, the highly original The Strange Egg challenges long-held beliefs that people of marginalised genders are unreliable and irrational witnesses to our own bodies. A luminous gothic prose poem that delves into the mythopoeic to express injustice at the hands of abusive medical systems. Due to be published 19th January 2023.

In Charlotte Wetton’s Accessioning, named for the process that museums go through in taking objects into their collections, history is constantly reoccurring at each instant. An examination of what we consider worthy of remembering, these poems consider the differences between forgotten memories found in a dusty box at the antique store or carried on the breeze that sweeps a holiday beach, and institutional memories, remembered and visited and worshipped at a museum. Accessioning is precise and tender, but unafraid to cut. Due to be published June 2023.

Andrea Davidson’s Eggenwise & other poems is an unusual and brilliant collection of poems for older children. Recurring motifs, such as the poet’s pet fly, ground this travelogue romance about finding yourself as a creative person. The poet reflects on learning Dutch, and the coincidences of sound across languages, alongside poems about how overwhelming it can be to be a person with feelings. Inventive, funny and a little absurd, the poems speak to the reader as a letter home from a big sister or older cousin. Due to be published 19th October 2023.

Founding editor Emma Dai’an Wright said: ‘We’re so excited to be taking these poetry pamphlets further. They really show the range of what The Emma Press produces for the poetry market, from experimental prose poetry to innovative children’s verse. Our September 2021 call for submissions was our first revamped general call for submissions, and our Arts Council England Elevate funding allowed us to offer more resources to writers and encourage more first-time submitters to send their work to us. We’re hoping to reach more with our current submissions window.’

Kirstie Millar is a writer based in Manchester. In 2017 she founded Ache, an intersectional feminist press publishing writing and art on illness, health, bodies and pain. She completed her MA in Creative Writing at UEA and was a recipient of the Ink, Sweat and Tears Scholarship. Her writing has been published by Prototype, 3 of Cups Press and has been commended by Penguin’s WriteNow programme in 2020 and the UEA New Forms Awards in 2021.

Charlotte’s first pamphlet I Refuse to Turn into a Hat-Stand won the Michael Marks Awards 2017. She has performed at Aldeburgh and Ledbury festivals, came second in the StAnza Slam, and has a spoken-word collection, Body Politic. She received a New Writing North award in 2019. She is a PhD candidate at the University of Manchester and lives in West Yorkshire. You can find her at @CharPoetry.

Andrea Davidson is a writer from Toronto/Tkaranto in Canada. She lives in Leuven, a ring-shaped city in Belgium. As well as writing poetry, she researches and teaches English literature at the University of Antwerp. Currently she is doing a PhD there about Young Adult literature and creative writing processes. Eggenwise & other poems is her first book.

About The Emma Press:

Pema is the eCommerce Executive at the Emma Press.