Poems for children, by Contra

Illustrated by Ulla Saar and translated from the Estonian Kõik on kõige targemad by Charlotte Geater, Kätlin Kaldmaa, Richard O’Brien 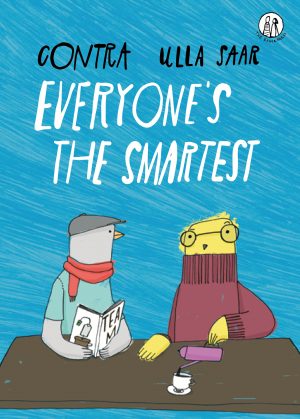 School can be hard, fun and strange – sometimes all at once. It’s full of your best friends and all the teachers as well as lots of kids you haven’t met. Every day reveals more stories and challenges…

Everyone’s the Smartest is a collection of poems which tell strange new stories in familiar settings. From clever ducks who fly far away while children are stuck in school, to bathroom taps that are just one mistake away from turning the school into a great lake, this collection reminds its readers that there is wonder everywhere.

Packed with extra features, including interviews with the author and illustrator, notes from the translators, fun facts about Estonia, and ideas to help you write your own poems. 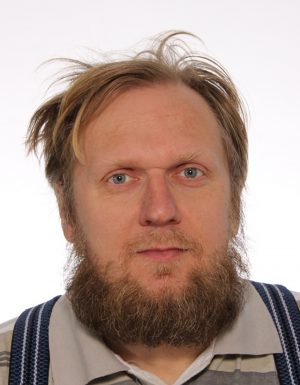 Contra (born Margus Konnula in 1974) is one of Estonia’s most prolific contemporary poets. Since his debut in 1995, he has published at least one poetry collection each year.

Contra’s writing is strongly rooted in Estonia’s contemporary folk-singing tradition, with gleeful and witty texts that blend dense, playful rhymes with topical issues. Contra’s poetry stands out for the frequent use of his native Võru dialect, and he is a popular guest on television, at public events, and in schools. Contra is a laureate of the Oskar Luts Prize for Humor and the Bernard Kangro Award for Literature; in 2015 he was awarded the Estonian Cultural Endowment’s Award for Children and Youth Literature. 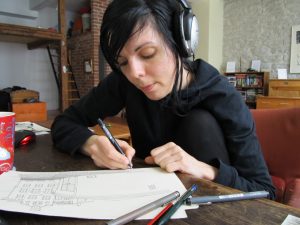 Ulla Saar (1975) is an illustrator, product designer, graphic artist, and interior designer. She graduated from the Estonian Academy of Arts in product design, and currently works as a designer.

Her first illustrated book, Lift, immediately received widespread recognition, and was listed in the 2014 White Ravens catalogue by the International Youth Library. Since then, Ulla has illustrated nearly 20 books, every one of which has gained international attention. 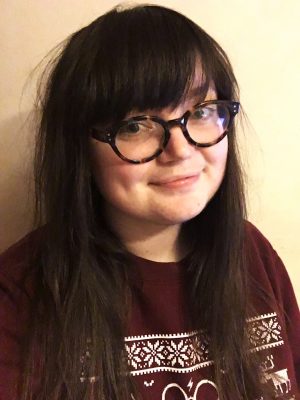 Charlotte Geater is a poet and editor based in London, UK. She has a PhD in Creative Writing from the University of Kent. She edits children’s poetry and fiction for the Emma Press, and poetry for adults too.

Her own writing has been published by Queen Mob’s Teahouse, Galley Beggar, Strange Horizons and The Best British Poetry 2013.

Kätlin Kaldmaa is an Estonian poet, writer, translator and literary critic. She has published four collections of poetry (Larii-laree, One is None, Worlds, Unseen and The Alphabet of Love), two children’s books, a novel (No Butterflies in Iceland), and a short story collection (The little sharp knife). Her poetry has been translated into more than 20 languages and her collections have been published in English, Finnish and Spanish. She has written extensively on literature and translated more than 80 works of world’s best literature. In 2012 she won the annual Friedebert Tuglas short story award. Kätlin Kaldmaa is the International Secretary of PEN International. She is currently working on her fifth collection of poetry and on her second novel. 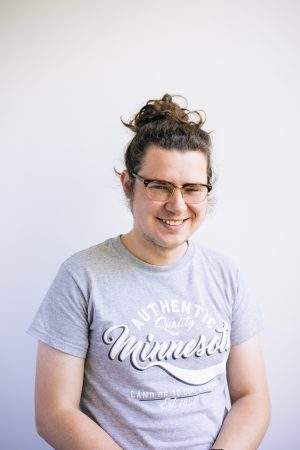 Richard O’Brien is a poet, translator and academic based in Birmingham, UK. His co-translations, all from Latvian, include: for children, The Noisy Classroom (Ieva Flamingo) and The Book of Clouds (Juris Kronbergs); for adults, Narcoses (Madara Gruntmane). He is a commissioning editor at the Emma Press and has a PhD on Shakespeare and the development of verse drama.

Richard ’s pamphlets include The Emmores (Emma Press, 2014) and A Bloody Mess (Valley Press, 2015). His work has featured in Oxford Poetry, Poetry London and The Salt Book of Younger Poets. He also writes for children: his first children’s play – an adaptation of The Selfish Giant – was produced at the Arcola Theatre in 2016. In 2017, he won an Eric Gregory Award from the Society of Authors for his poetry. Find Richard on Twitter @notrockyhorror.