Illustrated by Fleur van der Weel and translated from the Dutch Superguppie by David Colmer. 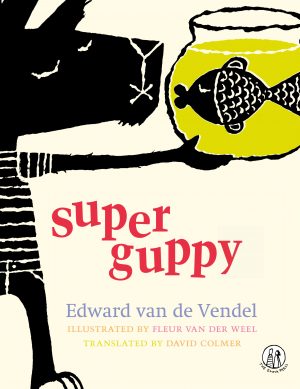 Have you ever had a pet? Or have you ever stopped to look at all of the small things in your home that make up your life? From wet socks to being tucked into bed at night, and strongly featuring one inspiring guppy fish with real staying power – Super Guppy stays close to home, but it’s a home full of fun, jokes, and surprising adventure.

This is a funny, contemporary collection of children’s poems about home life, that will appeal to curious children who have questions about how the world, and everything in it, works! Edward van de Vendel’s poems confront the growing pains that every child has to face with good humour and the message that we can learn from our mistakes. Featuring fun illustrations by Fleur van der Weel, the book also comes with a number of writing prompts to get children working on their own poems. 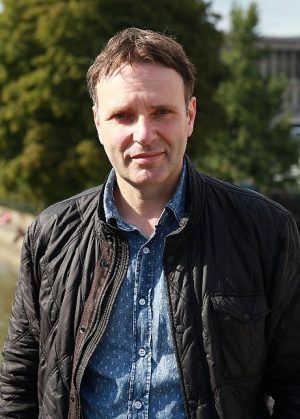 Edward van de Vendel was born in Leerdam, The Netherlands (1964). He taught in primary schools before becoming a full-time writer in 2001. He writes novels for children and young adults, poetry, picturebooks, non-fiction and song lyrics, which are published at Querido’s publishing house (Holland) and De Eenhoorn (Belgium).

He has two nominations for the Astrid Lindgren Memorial Award (2011/2012), and one for the Hans Christian Andersen Award (2018).

Fleur van der Weel is an illustrator and graphic designer. Her work has been honoured with awards including the prestigious Woutertje Pieterse Prize. She creates striking black-and-white illustrations of every animal imaginable, in the style of woodcuts. 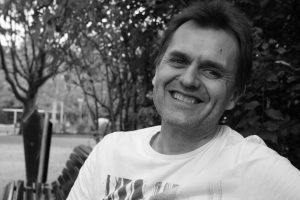 David Colmer is an Australian translator, writer and editor who lives in Amsterdam. He translates Dutch-language literature across a range of genres and has won several international prizes for his work. His previous translations include four other books by Edward van de Vendel, among them two books of poetry, I’ll Root for You and The Sexy Storm. Other recent translations include the modern Dutch classic An Untouched House by Willem Frederik Hermans and a collection of Jip and Janneke stories by the great Dutch children’s author Annie M.G. Schmidt.