The Dragon and the Bomb, by Andrew Wynn Owen 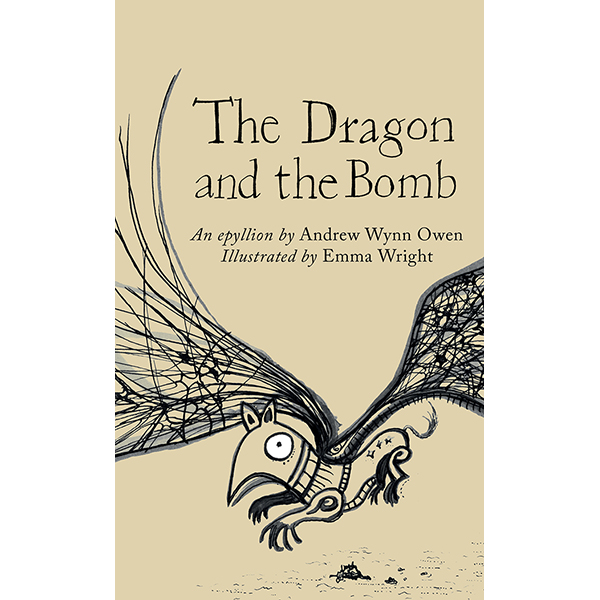 In an island kingdom, Don Armando dreams of a dragon-slaying adventure like heroes used to perform. And in a laboratory in a gleaming city, scientist Haplo Nous tinkers towards an atom bomb.

Past, present and future collide in Andrew Wynn Owen’s rip-roaring tale, full of rhythmical fireworks and joyous anachronism. This is a clash between chivalric heroics and modern scientific enquiry, and a shaggy-dog story taking in farmers, fisherpeople, flying machines and general derring-do.

‘Andrew Wynn Owen is a very young poet who has won both the Newdigate and the Jon Stallworthy Memorial prizes (open only to students at Oxford University). One of these competition-winners, ‘Calm’, impressed me greatly; it shows a remarkable maturity and a gift for rhyming verse. Now he and the excellent Emma Press have produced a thirty-page pamphlet, a single poem in a style reminiscent of Byron.’ -Merryn Williams, London Grip

Andrew Wynn Owen is an Examination Fellow at All Souls College, Oxford. In 2015, he received an Eric Gregory Award and, in 2014, Oxford University’s Newdigate Prize. His first poetry pamphlet, Raspberries for the Ferry, was published by the Emma Press in 2014, followed by a collaboration with John Fuller, AWOL, in 2015.