The Emma Press is among the nine publishers awarded grants in the latest round of the “Support for Foreign Publishers Publishing Latvian Literature” programme, organised by the Latvian Writers Union (LWU) and financed by the Ministry of Culture of the Republic of Latvia. The grants cover translation and production costs and are linked to Latvia’s participation in the 2018 London Book Fair, as one of the Market Focus countries.

Through the support of the programme, the independent publishing house has acquired English-language rights for two Latvian titles: a collection of short stories by Daina Tabūna, and a collection of poems for children by Ieva Samauska.

“Skaļā klase” (“The Noisy Classroom”) is a lively collection of children’s poems by Ieva Samauska about the drama and anxieties of school, published in 2015 by Pētergailis. The poems are illustrated by Vivianna Maria Staņislavska, whose illustrations for the book won the “Young Growth Prize” for best debut at the 2016 Jānis Baltvilks awards. “The Noisy Classroom” will be translated by Zanete Vevere Pasqualini, Sara Smith and Richard O’Brien and published in August 2017. The Emma Press acquired UK rights in the English language.

The publisher has also acquired worldwide rights to publish English translations of three short stories from Daina Tabūna’s collection “Pirmā reize” (“First time”), published by Apgāds Mansards in 2014. The three stories will be translated by Jayde Will and published as “The Secret Box” as part of the Emma Press Pamphlets series in October 2017.

Publisher Emma Wright said: ‘I believe translations are vital to the literary landscape and are key to engendering the feeling of a global community. I’ve been meaning to add translations to our list for some time, and the support of the LWU has allowed me to learn about the process of acquiring rights and editing translations. This is just the beginning of our translation programme, and in particular we are working on acquiring more poetry books for children in translation.’

The next round of applications to the “Support for Foreign Publishers Publishing Latvian Literature” programme is currently open and closes on 4th November 2016. This round is only open to English publishers. Details can be found here: http://www.latvianliterature.lv/en/grants 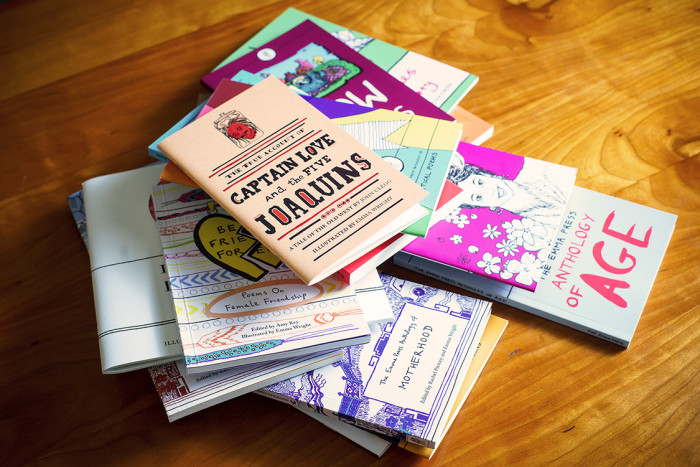