New call for poems about ‘space and aliens’ for children

The Emma Press has launched a call for submissions of poems about ‘space and aliens’, for a new anthology aimed at children aged 9+. 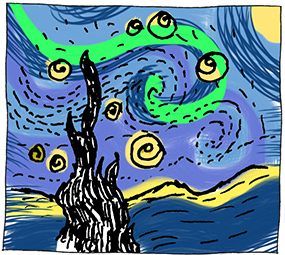 The independent publisher is looking for ‘poems which approach this theme from all directions, from scientific to fantastic to somewhere in between – anything that captures the wonder of what lies beyond the Earth’s atmosphere.’

The anthology will be edited by Rachel Piercey (Newdigate Prize, 2008) and Emma Wright, and will be published in September 2016. Poets are invited to send in up to three poems on the theme. The call for submissions is open to all, though poets must have bought something from the publisher’s website since January 2015.

Publisher Emma Wright says: ‘We are passionate about inspiring more children with a love of poetry, and we’re looking forward to discovering more children’s poets. We hope that we’ll tempt in some submissions from existing children’s poets, as well as from poets who haven’t previously written for children but would like to give it a go. We have started commissioning full-length poetry collections for children from poets featured in Falling Out of the Sky, so I hope we’ll find more poets to commission from this anthology about space and aliens.’

The Emma Press published their first poetry anthology for children, Falling Out of the Sky: Poems about Myths and Monsters, in June 2015 and are currently touring the UK with poetry readings and poetry-writing workshops for children aged 8+. The Myths and Monsters children’s poetry tour has been made possible by a grant from Grants for the Arts, supported using public funding by the National Lottery through Arts Council England. The tour runs until November 2015 and will visit Wokingham, Slough, Glasgow, Birmingham, Loughborough and Nottingham.

Further details of the call for submissions can be found on the Submissions page: http://theemmapress.com/about/submissions/