The Emma Press has launched their annual call for pamphlet submissions, which is running until 13th December 2015. 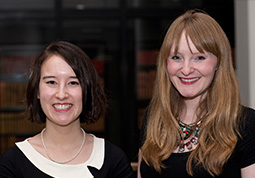 The independent publisher, based in Birmingham, will consider proposals for both poetry and prose pamphlets and has invited writers to send them ten poems or a full prose manuscript. The proposals will be read by editor Rachel Piercey and publisher Emma Wright and applicants will be informed of the results in spring 2016. The successful pamphlets will be published in 2017.

Publisher Emma Wright said: ‘We are hoping to find more brilliant writers with unique perspectives and voices to share with the world. The more pamphlets we publish, the more people get a sense of what we’re trying to do with our list, which is why the response to our call seems to get better each year.’

The Emma Press published ten pamphlets in 2014 and three in 2015, with six more scheduled for 2016. In 2014 the publisher was shortlisted in the Michael Marks Awards for Poetry Pamphlet Publishers, with the judges commenting that they ‘were impressed by the confidence of this newly established press.’

The publisher is launching three pamphlets in the next couple of months: Deborah Alma’s debut True Tales of the Countryside, John Fuller and Andrew Wynn Owen’s collaboration AWOL, and Camille Ralphs’ exploration of the Pendle witch trials, Malkin. The launch parties are taking place throughout October and November – see the Events page for further details.