Award-winning poetry publisher The Emma Press has announced their first three pamphlets of 2019, after an open call for submissions in late 2017.

The pamphlet authors are: 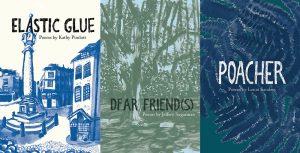 Elastic Glue publishes on 28th February. The poems are rooted in Covent Garden, specifically Seven Dials, and explore themes of gentrification and community.

Dear Friend(s) publishes on the 11th April. Reflections on love and friendship, in many guises and locations. The long title poem is an elegy – to a specific “Dear Friend”, dead from AIDS in its earliest years.

Poacher publishes on the 16th May. Influenced by magical realism and wryly funny, the poems in Poacher put strange characters in mundane places.

There will be a joint launch party for the pamphlets at the Seven Dials Club in Covent Garden, London, on 10th May. Full details will be available soon at the Events page on the Emma Press website.

Publisher Emma Wright said: ‘Our poetry pamphlet list has gone from strength to strength over the years and I’m delighted with our three new additions. They are varied in theme, tone and style, and united by the power of each poet’s voice.’

The Birmingham publisher has been shortlisted for Michael Marks for Poetry Pamphlet Publishers four times (2014, 2015, 2016 and 2018) and won the prize in 2016. The press has run open calls for pamphlet submissions since 2013. 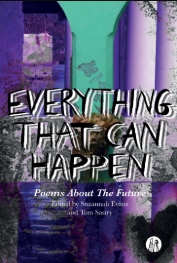